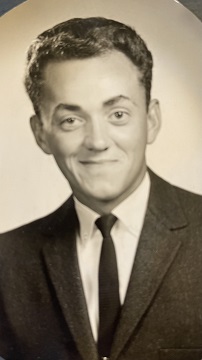 Jimmy Don Huff, 82, of Carmi passed away at his home on Friday, January 28, 2022.  He was born on April 17, 1939 in Emma Township, IL the son of Cort and Clara Allene (Allison) Huff.  Don married Audrey S. Yates in 1964, together they owned and operated Brownsville Carpet for 30 years.  Don served with the U.S. Army Reserves for 8 years.  He was a member of Marshall Ferry Baptist Church where he served as a Deacon.  Don also played Bass with the Gospel Keys.  He loved playing baseball and horseback riding and enjoyed his animals.

Don is survived by his wife of 57 years, Audrey of Carmi; a sister, Barbara Tolley of Newburgh, IN; two brothers, Larry (Brenda) Huff of Carmi and Ray (Kay) Huff of Creal Springs; two sisters-in-law, Thelma Shepard and Karen Yates both of Carmi; along with numerous nieces and nephews.  He was preceded in death a sister, Betty Boggs, and four brothers-in-law, Jim Tolley, Ray Yates, Roy Shepard, and Raymond Yates.

Funeral services for Jimmy Don Huff, 82, of Carmi will be private with burial in Marshall Ferry Cemetery near Maunie. In lieu of flowers, memorial contributions may be made in Don's memory to Marshall Ferry Baptist Church and will be accepted at Campbell Funeral Home in Carmi who is in charge of arrangements,