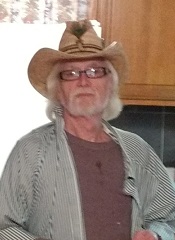 Jerry Deane Browning, 68, of Carmi passed away at 3:24pm, on Tuesday June 23, 2020.  He was born in Eldorado, Illinois on December 7, 1951, the son of Lowes and Mabel (Weasel) Browning. Jerry married Linda L. Canady in 1978, and she survives.  He worked in the oil field for many years. Jerry enjoyed spending time with his wife and grandchildren, He loved to hunt and fish and was always working on something.

Private services for Jerry Browning will be held at a later date. Campbell Funeral Home in Carmi is in charge of arrangements. Please visit www.campbellfuneralservices.com to sign the guest book or to leave a condolence.