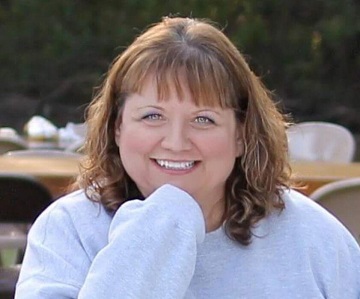 Jenny Freya Browning, 51, of Carmi, IL, passed away at 11:04 a.m., on Thursday January 20, 2022, at Deaconess Gateway Hospital in Newburgh, IN. On March 10, 1970, Jenny was born in Carmi, IL, the daughter of Oscar Henry and Hannah Jan (Julian) Sutton. She first married Michael Ray Hite and he preceded her in death on May 5, 2007. She married Christopher Shayne Browning on July 1, 2011, in Harrisburg, IL and he survives. Jenny loved her family and spent much time with her children, nieces, and nephews. She enjoyed watching Christmas movies all year round and was an avid Green Bay Packers and Chicago Cubs fan. Jenny attended New Beginnings Church of God in Carmi.

In addition to her husband Christopher of Carmi, Jenny is survived by her children, Olivia (Dylan Cleveland) Browning of Carmi, Zachary (Kristin) Browning of Springfield, IL, and Christopher Browning of Enfield, IL; a grandson, James Browning; sisters, Jannita (James) Phipps, Sarah Sutton, and Becky (Derek) Daiby, all of Carmi; ten nieces and nephews, Dakotah, Jannah, Tylor, Dylan, Quentin, Jaxon, Elijah, Isaiah, Deacon, and Brendon and great- nieces and great nephews, Jordan, Jasper, Ellie and Ryan. Along with her first husband, she was preceded in death by her parents and grandparents.

Funeral services for Jenny Browning, will be held at 11:00 a.m.  on Thursday, January 27, 2022, at Stendeback Funeral Home in Carmi, with burial following at Newman Cemetery. Friends and family may visit form 4:00 p.m. until 7:00 p.m. on Wednesday, January 26, 2022, at the funeral home. Contributions may be made to Stendeback Funeral Home to assist the family with final expenses.