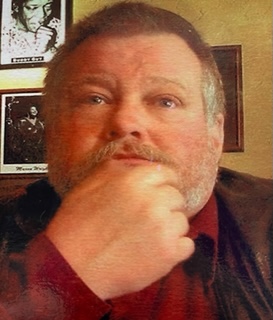 James D. Dinwiddie, 56, of Enfield, passed away on Tuesday, March 8, 2022, at his home.  He closed his eyes here on earth only to open them in heaven to see his Lord and Savior, Jesus Christ.  Jim was born on July 12, 1965, in Carmi, the son of Henry and Iva (Hankins) Dinwiddie.  He graduated from Enfield High School in 1983.  Jim started working at the age of 16.  He worked for Martin and Bailey and then went on to work for Williams Enterprise.  He married the love of his life, Starla Dawn Jones on November 17. 1999.  Jim worked for over 20 years in the oilfield as a driller.  Due to health problems, he chose to retire.  He attended Enfield Baptist Church. Jim was kind hearted and was always the first to offer a hand.  He loved his family very much and enjoyed spending time with them. Jim looked forward to family gatherings, and was an animal lover.     Jim is survived by his wife and mother of his children, Starla Dinwiddie of Enfield, IL; daughter, Angelica Dinwiddie of Norris City, IL;  two sons, Nick and John Page of Enfield, IL; his father, Henry Dinwiddie of Enfield, IL; sister, Kathy Dinwiddie of Norris City, IL; an aunt, Linda Sandusky of Carmi, IL; and an uncle, Knox (Laura) Dinwiddie of Big Sandy, TN.  He is preceded in death by his mother, Iva Mae Dinwiddie; an aunt Kathy Fleck; and an uncle, Lonnie Hankins.     Funeral services for James Dinwiddie, will be held at 2:00 p.m.on Saturday, March 12, 2022, at Stendeback Funeral Home in Enfield.  Family and friends may visit from 12:00 p.m. until time of service on March 12, 2022, at Stendeback Funeral Home in Enfield.