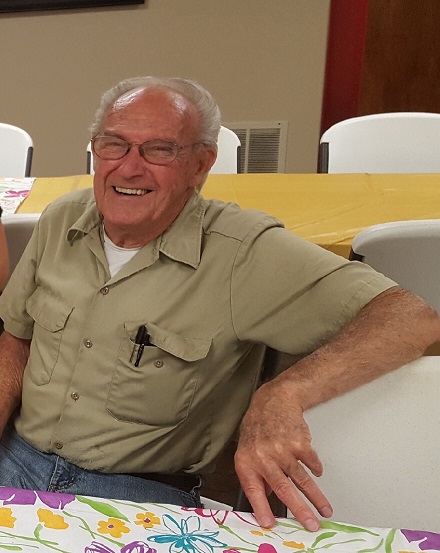 Gerald Dean Hoy, 81, of Carmi passed away at 4:15 a.m., Saturday, December 12, 2020 at Hamilton Memorial Hospital in McLeansboro, IL.  He was born in Herald, IL on March 13, 1939 the son of Walter Wayne and Juanita Beryl (Catlin) Hoy.  Dean was a 1957 graduate of Carmi Township High School and went on to attend Southern Illinois University in Carbondale.  He joined the United States Air Force and faithfully served his country for four years.  Dean's passion was his work,  He was a building contractor and operated G.D. Hoy Construction.

Dean is survived by a daughter Karen (Alan) Shorb of Carmi; a son, Mark (Lavenia) Hoy of Carmi; a sister, Sandy (Jim) Redman of Paducah, KY; four grandchildren, Morgan, Brittany, McKenzie and Annaleise; two step-grandchildren, Randy and Cale; three great-grandchildren, Jenna, Jacob, Oaklyn and one on the way; four step-great-grandchildren, Arionna, Adyn, Avery and Cash; along with nieces, nephews, friends and colleagues. He was preceded in death by his parents and a brother, Lindell Hoy.

A celebration of Dean's life will be held at a later date when gatherings can be safely held.  In lieu of flowers, memorial contributions may be made in Dean's memory to the Hamilton Memorial Hospital District Foundation, Attn: Bethany Reyling, 611 S. Marshall Ave., McLeansboro, IL 62859 and will be accepted at Campbell Funeral Home in Carmi who is in charge of arrangements.