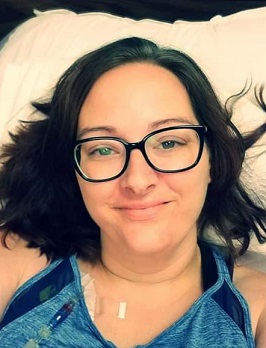 Felicia Joann Rumsey, 39, of Carmi, passed away on Friday March 19, 2021. She was born on December 8, 1981 the daughter of Robert and Carolyn (Oliver) Stanton.  Felicia married D.J. Rumsey on February 25, 2006.  She worked as a Junior High teacher for the Carmi White County School District.  Felicia loved teaching. She loved reading, all things Harry Potter and hanging out and spending time with her friends.

Felicia is survived by her husband, D.J. Rumsey of Carmi, IL.; two children, Emma and Izick Rumsey of Carmi, IL.; her father and stepmother, Bob and Peggy Stanton of Morristown, IN. her sisters, Caroline Moore of Indianapolis, IN., Amy Stanton of Layfette, IN., Bobbi Shelton of Indianapolis, IN. Mary Sawyer of Merrillville, IN., Denise Mauller of Shelbyville, IN., Joy Cox of Indianpolis, IN., and Sarah Palmer of Morristown, IN.; mother and father-in-law, Cathy and Rick Cronin of Carmi, IL.; one brother-in-law, Josh (Bayle) Cronin; and two sisters-in-law, Jennifer Rumsey and Aftan Rumsey all of Carmi, IL.; and numerous nieces, nephews and cousins. She is preceded in death by her mother, Carolyn Lou Stanton.

A Celebration of  Life will be held for Felicia Joann Rumsey from 12:00 p.m. to 4:00 p.m. on Saturday April 3, 2021 at shelter 4 at Burrell's Woods in Carmi.  In lieu of flowers, contributions can be made in Felicia's memory to the D.J. Rumsey's Felicia's Memorial   Account at First bank in Carmi to assist the family with medical expenses, and will be accepted at Campbell Funeral Home in Carmi who is in charge of arrangements.