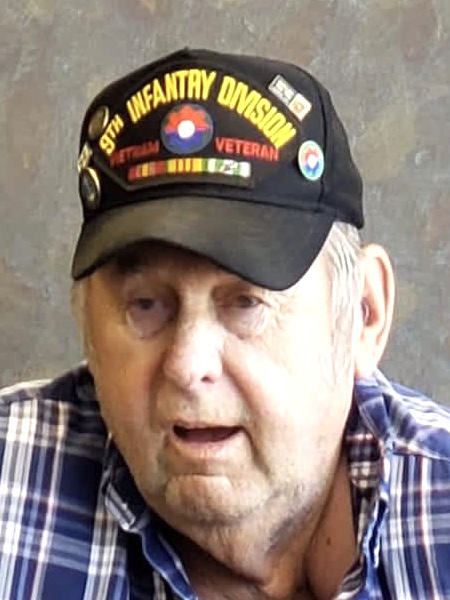 Everett was born March 8, 1947 at Vicker’s Hospital in McLeansboro, the son of Leslie Moore and Wilma (Wheeler) Moore.  On September 28, 1968 Everett married Mary Ann (Tennyson) Moore, who survives.  They would have celebrated 54 years of marriage this year.

He worked on spudders in the oil fields for over 30 years. He worked at Mt. Vernon Dream Homes until his retirement. He enjoyed working outside and going to Farris Family Restaurant.  He was a a member of the McLeansboro American Legion Post #106.

He was preceded in death by his parents Leslie & Wilma Moore, a brother Stanley Moore, and one

Funeral services for Everett Leslie Moore will be held at 11 am on Tuesday, July 26, 2022 at Gholson Funeral Home in McLeansboro, IL with Randall Ragan & Larry Woodrow officiating.  Visitation will be held from 5 pm until 7 pm on Monday, July 25, 2022 at Gholson Funeral Home.  Interment will follow the funeral services at Concord Cemetery in McLeansboro with Military Rites provided by the Marion, IL National Guard Honors Team and the McLeansboro American Legion Post #106.

Online condolences, memories, and words of encouragement may be made at www.gholsonfuneralhome.com