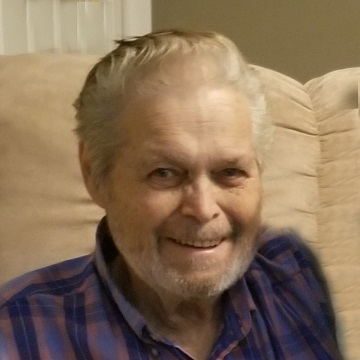 Eddie Wayne Goodwin, 78, of Grayville, Illinois, died Tuesday, June 8, 2022, at St. Vincent’s Medical Center in Evansville, Indiana.  He was born February 24, 1944, in Central City, Kentucky, the son of Edwin and Kathleen (Sumner) Goodwin.  He was married to Dolores M. (Golonka) Goodwin and she preceded him in death.

Eddie was retired from Champion Laboratories Albion, Illinois where he was a supervisor. He was a member of Marshall Ferry Church.  He enjoyed singing and playing his guitar both as a soloist and as a member of several bands.  Some of his favorite pastimes were working sudoku puzzles, fishing and old cars.  He loved his family and his pet dog Petey and his pet cat Bitty.

He is preceded in death by his parents; wife; brother Larry Goodwin; and sister Phyllis Rhodes.