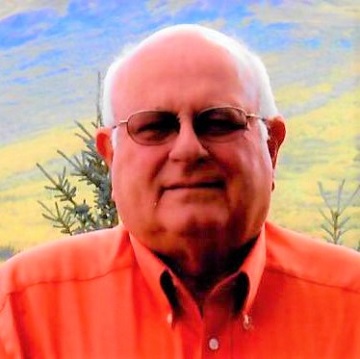 Dr. David Lee Hammell, 76, of Crossville, Illinois, died Sunday, February 28, 2021, at Meadowood Nursing and Rehabilitation in Grayville, Illinois.  He was born February 24, 1945, in Evansville, Indiana, the son of David Eugene Hammell and Mary Louise (McKnight) Hammell.  He was married to Jane (Johnson) Hammell on May 21, 1994, and she survives.

David was a graduate of Crossville High School in 1963, and in 1973, he graduated from the University of Kentucky with a PhD Degree in swine nutrition.  Until 1978, he worked at the University of Florida, and then returned to the family farm in White County, Illinois, until his retirement in 2014.  He was a member of the Crossville School Board, United Methodist Church Board, and also served as the White County Emergency Management Director.  He loved his family, farming, travelling, and spending time in Florida with his fishing buddy, James F. Armstrong, fishing for crappie. He was an avid outdoorsman and enjoyed talking with people.

He is preceded in death by his father, David Eugene Hammell.

Funeral services will be private.

Cook Funeral Chapel in Crossville is in charge of arrangements.