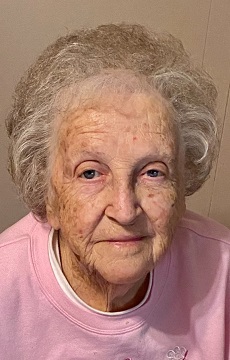 Doris was a homemaker and helped with farming.  She attended the Hopewell Missionary Baptist Church in McLeansboro.  She enjoyed crossword puzzles and word find puzzles, and she loved watching the Golden State Warriors basketball games.  She was a gifted poet and enjoyed writing poems.  She enjoyed spending time with her friends and family and loved them dearly.

Funeral services for Doris Maxine (Little) Thompson will be held at 1:00 p.m. on Wednesday, January 18, 2023 at Gholson Funeral Home in McLeansboro with Bro. Bill Prince officiating.  Visitation will be held prior to the service from 11:00 a.m. until 1:00 p.m. on Wednesday.  Interment will follow the funeral service at I.O.O.F. Cemetery in McLeansboro.

In lieu of flowers, memorials may be made in Doris’ honor to St. Jude Children’s Research Hospital, and will be accepted at Gholson Funeral Home in McLeansboro.

Online condolences, memories, and words of encouragement may be shared at www.gholsonfuneralhome.com