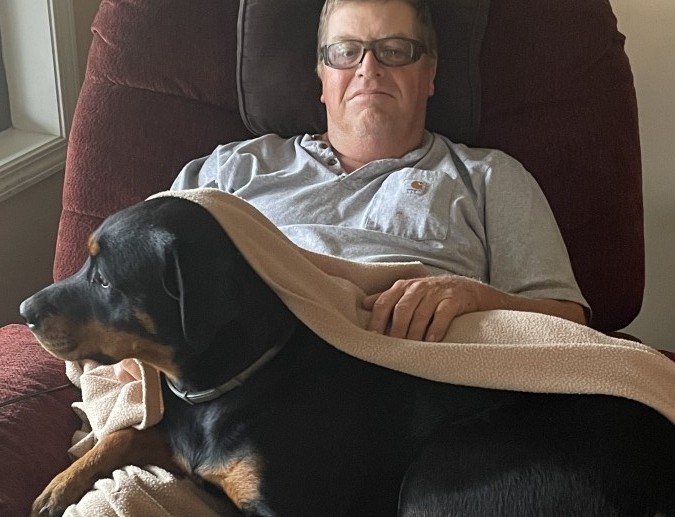 Derek Henson, 56, of Norris City passed away Saturday, December 26, 2020 at his residence.  He was born November 8, 1964 in Carmi, IL, the son of Donald Wayne and Karen Rae (Jordan) Henson. Derek married Deborah Y. Dillard on May 22, 1988 at New Hope Baptist Church in Ridgway.  Derek had been a truck driver for Countrymark.  He enjoyed welding and was a member of the Norris City Sons of the American Legion.

Derek is survived by his wife of 32 years, Debbie; sons, Weston and Trevor Henson both of Norris City; a sister, Darla (Rick) Chappelle of Carmi; two sisters-in-law, Rhonda (Jeff) Adams of Shawneetown and Helen Howard of Junction; four nieces, Kelsea, Kaylea, Lindsey, and Jackie and two nephews, Sean and J.D.; sisters-in-law, Dicy Seibert, Karen Frier and Shirley Browning; a brother-in-law, Sam Dillard; along with several aunts, uncles and cousins.  He was preceded in death by his parents Don and Karen Henson and his father and mother-in-law, Samuel Blan and Mary Ruth Dillard.

A service to celebrate the life of Derek Henson, 56, of Norris City will be held at 11:00 a.m., Wednesday, December 30, 2020 at Ditney Ridge Baptist Church in Norris City. Visitation will be held from 10:00 a.m. until time of the service at Ditney Ridge Baptist Church. In lieu of flowers, memorial contributions may be made in Derek’s memory to the Norris City American Legion and will be accepted at Campbell Funeral Home in Norris City who is in charge of arrangements.  In accordance with CDC and IDPH recommendations face coverings will be required and social distancing will be encouraged.