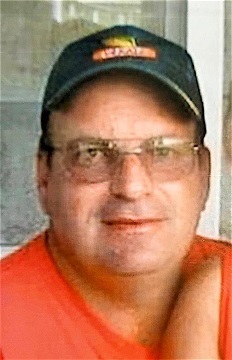 Daniel David Anselment, 58, of Dahlgren, IL passed away at his home on January 7, 2023. Danny was born March 9, 1964, to the late David and Betty Anselment. He was the oldest of five children: Tom (Cindy) Anselment, Janet (Dennis) Johnson, Sue (Steve) Wilkerson and Pete (Rhonda) Anselment.

Growing up, he spent most of his time playing sports, spending time with family and helping around the home and on local farms.  In 1984, he met his soon-to-be wife and love of his life.  On July 13, 1985 Danny and Clare (Thierry) were married in Dahlgren and began their life and legacy together.  Together they have four children: Erica (Kendall) Harris, Bethany (Tyler) Reyling, Natalie (Justin) Webb, and Nathan (Allie) Anselment.  They spent their years devoted to God, their family, and to growing their farm.  Danny had several jobs throughout his career, but all those jobs led to his knowledge and success in his true career love – farming.  Danny worked alongside his son to create Anselment Farms, and he was very proud of their success and hard work.

There were two other very important things in Danny’s life…his grandchildren and Foxes basketball. You couldn’t have a conversation with him that did not include farming, family or sports.  His grandchildren, Levi, Logan, Wyatt, Brynn, Harper, Avery, and a new baby on the way loved and adored him and all their tractor and combine rides, yearly traditions around the holidays, and anytime he called them to go get ice cream or to come over for a pizza party.

Danny started broadcasting Foxes basketball in the early 2000s and never looked back from his newfound hobby. Everyone that knew him well knew that if there was a Foxes basketball game happening, that is where you would find him and Clare.  He was quick to give you his thoughts on the game, and even quicker to cheer the Foxes on.  This hobby led him to meet many people and make many wonderful friends and memories.

Danny was a kind, caring person who would help anyone in need. He was passionate about anything he did and gave his one hundred percent to everything he committed to. He was the kind of guy you wanted to have on your side. He was the first to answer anytime his family or friends needed him, and often took care of the needs no one else in his family even knew they needed. The void he is leaving in their lives is immeasurable.

Danny leaves behind not only his immediate family, but many aunts, uncles, nieces, nephews and his beloved dogs, Joe and Cye. Anyone who knew Danny, knows how much he will be missed.

Funeral services for Daniel David Anselment will be held at 10:00 a.m. on Thursday, January 12, 2023 at the Dahlgren Community Chapel Fellowship Hall in Dahlgren, IL with Pastor John Hefner officiating.  Visitation will be held from 5:00 p.m. until 9:00 p.m. on Wednesday, January 11, 2023 at the Dahlgren Grade School gymnasium in Dahlgren, IL.  Interment will follow the funeral services at the I.O.O.F. Cemetery in Dahlgren.  In lieu of flowers, the family is asking any donations be made to the Hamilton County FFA or to the Hamilton County Foxes basketball teams, as nothing would make Danny more happy than supporting these two organizations. And as he always ended the basketball games with his favorite signoff: “From Billy, Clare and myself so long and goodnight”.