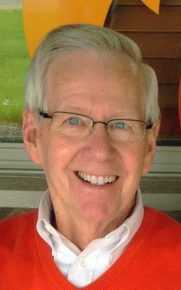 Bertis “Claude” Miner, 86, of Carmi, Illinois,  passed away at his home at 11:05 a.m. on Tuesday, December 29, 2020 with his wife, Marthan, by his side. Claude was born on April 5, 1934 to the late Margaret (Crayne) and Harry Miner in Omaha. Claude was a 1952 graduate of Norris City-Omaha High School. Claude’s entire life was devoted to his true passions: faith, family, and furniture. Before his passing, he was the oldest surviving member of the Omaha General Baptist Church, where he had accepted Jesus as his Savior and taught his Christian values to his two children. Claude began a career in the furniture business right out of high school and worked in furniture for over sixty-five years. He owned and operated Miner’s Home Furnishers in Carmi, Illinois for twenty-five years.   Claude is survived by his wife, Marthan (Barnett) Miner, who he married on April 27, 1969; daughter, Julie (Miner) Lucas of Carmi; son, Jason Miner of Evansville, Indiana; two grandchildren who he thought hung the moon, Drew and Sydney Lucas of Carmi; one sister, Barbara (Miner) Lack of Carmi, and several nieces and nephews. Claude is preceded in death by his parents, Margaret and Harry Miner; sisters, Evelyn Gross, Maude Bunting, Patsy Artman; brothers, Carl Miner and Charles Miner, and in-laws, Robert and Majorie Barnett of Equality, Illinois. The family would like to express gratitude to Dr. Jessica Cook and Corissa Price of Joyner Therapy, Susan Schreifels of Egyptian Heath Department, and niece, Whitney McKenzie, for their devoted care and assistance. Visitation will be on Tuesday, January 5th at Palestine II Cemetery near Omaha at 12 p.m. noon with graveside funeral service at 1 p.m.  with family members, Jason, Drew, and Sydney officiating the service.  Vickery Funeral Chapel in Omaha in charge of the services.  Due to Covid-19, social distancing and masks are required.