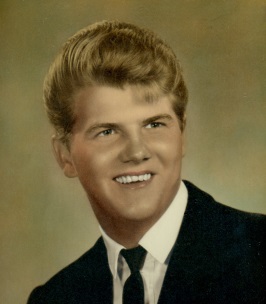 Clarence Ray Baxley, 70 of Franklin, NC passed away on October 28, 2021.  Ray was born in Carmi on May 19, 1951 the son of the late Grover and Laura Upton Baxley. He married Marcia Sandusky on November 13, 1981. Ray was a second generation oilfield worker. He worked as a field operator for Union 76 Oil Company in Carmi for several years until he transferred to Louisiana to work offshore until his retirement. Ray had a passion for antique vehicles and was a collector.  Ray was saved and baptized at Ashland Christian in Mill Shoals, on October 10, 2021.

A service celebrating the life of Ray Baxley, 70, of Franklin, NC will be held at 7:00 p.m., Wednesday, November 3, 2021 at Campbell Funeral Home in Carmi.  Visitation will be held on Wednesday from 5:00p.m. until service time at 7:00 p.m.  Private family burial will be in North Maple Ridge Cemetery in Carmi. In lieu of flowers, memorials can be made to the American Diabetes Association, P.O. Box 7023, Merrifield, VA 22116-7023 and will be accepted at Campbell Funeral Home in Carmi.