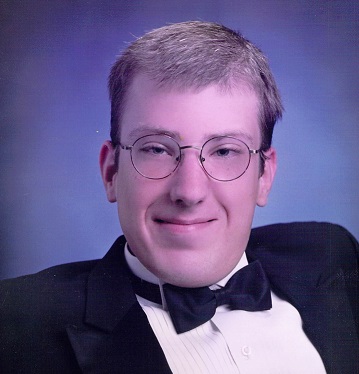 Brian Keith Snyder, 41, of Carmi, passed away on Tuesday, November 23, 2021, at Deaconess Gateway Hospital in Newburgh, Indiana.  He was born on October 27, 1980, the son of Larry Joe Snyder and Nancy Lee (Calkin) Snyder.  Brian graduated from Carmi White County High School in 2000. He enjoyed watching NASCAR racing and was a Dale Earnhardt fan.

Funeral services for Brian Snyder, will be held at 12:00 p.m. on Saturday, November 27, 2021, at Stendeback Funeral Home in Carmi with burial at Centerville Cemetery.  Family and friends may visit from 10:00 a.m. until time of service on Saturday, November 27, 2021.  In lieu of flowers, contributions can be in Brian's memory to Stendeback Funeral Home to assist the family with expenses.