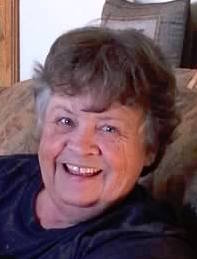 Barbara was born February 6, 1955 in Nuremberg, Germany to her parents Kenneth Gowler & Magdalena (Forrer) Gowler.  On November 6, 1992 she married Thomas Wayne Williamson Jr., who survives. Barbara retired from Continental Tire in Mt. Vernon, IL where she had worked as a breaker cutter operator for 22 years, and she was the first female truck tire builder employed at Continental Tire.  She was formerly a longtime board member of the Sugar Camp Cemetery Board, and was a member of the Belle Rive Missionary Baptist Church.  She was born in Germany and, as a military child, she moved all over the country while growing up before settling in Belle Rive in her teenage years.  Her life’s passion was horses.  She loved horse riding, camping at the Circle B Ranch in the Shawnee Forest, and spending time with her grandkids, teaching them to ride horses, cook, sew, and how to stand up for themselves.  She enjoyed gardening, canning, and making homemade pumpkin pies from homegrown pumpkins.  She loved to watch movies, especially old classic Westerns.  She loved all holidays, especially the 4th of July and Halloween.

A Memorial Service for Barbara Ellen Williamson will be held at 5:00 pm on Saturday, March 12, 2022 at the Gholson Funeral Home in Dahlgren, IL with Pastor Jeremy Hamson officiating.  Visitation will be held Saturday from 3:00 pm until the time of service at 5:00 pm at the funeral home.  In lieu of flowers, memorial donations may be made in Barbara’s honor to the Sugar Camp Cemetery Fund, and will be accepted at Gholson Funeral Home.

Online condolences and expressions of sympathy may be made at www.gholsonfuneralhome.com