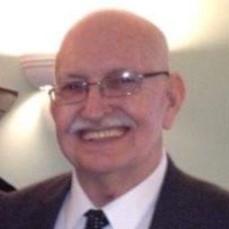 Alfred Charles Carter, known as Charles to his family and friends, passed away at the age of 81 at Holly Springs Health and Rehab on January 21, 2023 in Mississippi.

Charles was born in Comanche, Oklahoma, on July 24, 1941, to Alfred E. Carter and Bernice Carter before moving to Crossville, Illinois. He was a United States Army veteran and a retired truck driver.

Charles had a strong faith in the Lord. He loved life, never knew a stranger, and always had a big smile on his face. He was lovingly referred to as Big Smiley by fellow drivers. Mr. Carter is survived by his wife, Billie Carter, two sons, Jeff Carter (Robin) and Brian Carter (Karen), three stepdaughters, Delores Baker (Rhett), Debra Taylor, and Lisa Harris. He also leaves ten grandchildren, five great grandchildren, and three sisters, Mary Handel, Glenda Mitchell (Tom), and Barbara Cain (Jim). He was preceded in death by his parents and two brothers, Edmund Carter, and Herman Carter.

In lieu of flowers, memorial contributions can be made to the New Harmony Baptist Church, in Holly Spring, Mississippi, where he and his wife attended church.