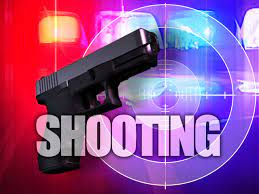 An Effingham County man is now facing charges related to a shooting on Sunday in rural Edwards County. 42-year-old Sean Adam Curtiss of Altamont was formally charged with being a convicted felon in possession of a firearm. Additional charges are possible as Edwards County State’s Attorney Eric St. Ledger reviews police reports of the incident. Curtiss was not permitted to possess a firearm after a 2008 conviction in Jasper County of being in possession of meth precursors. The victim was identified as Malinda Williams, a former Carmi woman.  She was taken first to Wabash General Hospital in Mount Carmel and was later airlifted to Deaconess Hospital in Evansville where her condition was listed as stable. In addition to the charge related to the alleged shooting, Curtiss was wanted on an active Effingham County warrant for failure to appear in court on two felony charges of driving suspended.  He is being held in the White County jail in Carmi for Edwards County on an Edwards County charge of being a felon in possession of a firearm is a Class-2 felony. If convicted, the offense carries a prison sentence of 3-14 years without the possibility of probation or conditional discharge. No court dates have been set at this time.

Leave a Reply to sam jonesCancel